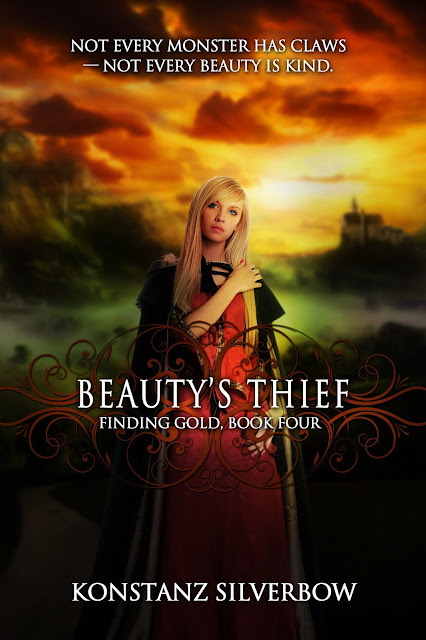 Not every monster has claws—not every beauty is kind.

Born a princess, raised to be queen, but living as a servant, Avalyn never realized she would pay the price for her father’s mistakes. Now Avalyn is living in a castle not her own, a slave to an evil witch who wants revenge on the man who betrayed her trust and ruined her.

For Avalyn, her real punishment has yet to begin.

She will be cursed to work for the witch for the next one hundred years unless true love can find its way into the castle and into her heart.


Now the princess’s freedom rests in the hands of a lowly thief who cares only for himself.
Pre-Order
Amazon ~ Etsy ~ Goodreads ~ Series 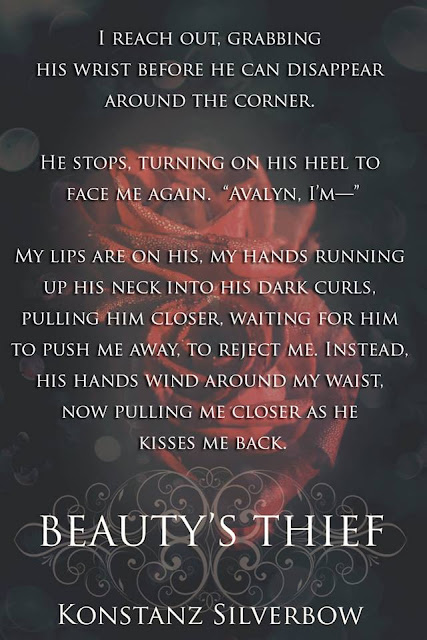 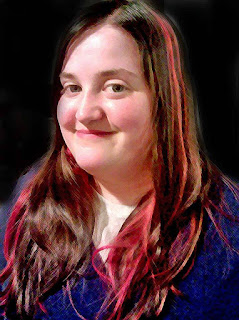 Konstanz Silverbow has always been a dreamer . . . but not a writer. Being an author was something she was dragged into. But since that day, she hasn't stopped. It has become more than a hobby, it is a passion.

During the day Konstanz works, making jewelry, playing the violin, collecting dragons, and learning all she can about medieval weapons. But at night she creates made up worlds and places where those dragons come to life and the weapons are used in battle. 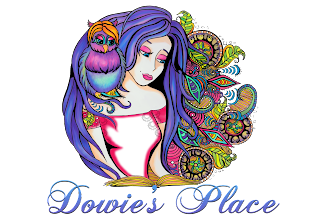 Cover Reveal and New Release from the F5! 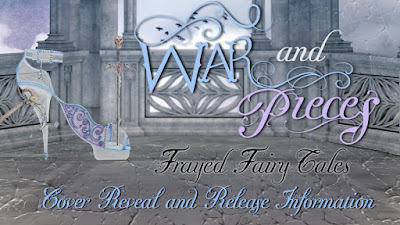 An awesome group of authors, the Ferocious 5, have been busy creating something new and amazing for your reading pleasure! The time has come to reveal all the things. Strap in and prepare yourself for something awesome.


As you can see from the banner above, the title is:
War and Pieces - Frayed Fairy Tales
It's a serial series, and there are ten seasons, so there are several covers to see. Stay with it!

Once upon a time, in a land far, far away, there were zombies…

That’s how it all started. Authors have created a major problem with stories like Cinder, The Dark Queen, and Asleep, and it’s wreaking havoc here in Ever After. Our queens are fighting for their lives.

Rather like Mother Nature, keeper of the fine balance that’s life in your world, tales that begin with “Once upon a time” were never meant to be messed with.

Now, Ariel is underwater with all the defenses she’s been launching, Aurora hasn’t slept in weeks, and Rapunzel is tangled in… Well, I can’t even begin to tell you.

Rather than try, I’ll let you see for yourself. You and I will talk again afterward—if I survive long enough. So, as our fateful story begins:

Once upon a time, in a land far, far away… 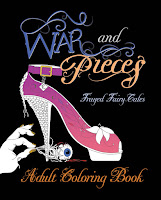 From the publication of the War and Pieces coloring book until April 14, 2017, color as many shoe pages as you like (name pages won’t count, nor will the design your own royal shoe), scan or photograph them, and post them on Instagram, Twitter, and/or Pinterest. Be sure to tag your posts with:

Each social media instance will count as one entry.

The Ferocious Five will review all entries and pick our three favorites for each cover.

On April 22, 2017, we’ll announce the finalists and share your images with the public.

Winners will be contacted by social media and will have one week to respond with their mailing address. If you don’t answer, the prize will go to the second place winner, and so on. Please add SevenAuthors@yahoo.com to your approved sender list.

Winners will receive a 5.5”x8.5” print of the book cover for their winning season, signed by all the F5 authors, permanent display of their artwork on frayedfairytales.com, and an exclusive War and Pieces swag pack.

Be sure and join the Federation of the Ferocious 5 on Facebook for access to the release day event and other goodies no one else will get!

Now it's time to show you the covers for the Frayed Fairy Tales books. Release of Season 1: Episode 1 will be April 24, 2017. But you can pre-order it NOW right here. Just 99 cents! Episodes will release every two days with three episodes in each season.

Which is your favorite?
Posted by Jo Michaels at 7:42 AM 0 comments

She’s the cure that could save him. If only she could remember how.

Two years ago, 20 year-old Samantha Knight experienced a life-altering trauma. Unfortunately, she can’t remember what it was. Previously outgoing, fun, and carefree—it’s as if someone flipped a switch on Sam’s insides. Now, she’s afraid of everything, socially awkward, and convinced she’s going crazy. As Beyonce would say, she woke up like this. Sam tries her best to juggle college classes, work, and the nosiest roommate ever, but behind the curtain, Sam’s life is all about keeping a firm grip on her own mind. And life is kicking her ass.

Alex Channing has only one enemy in this world: werewolves. Born and raised to fight in the supernatural military, he has become an expert at hunting and killing rabid werewolves. But when Alex is bitten and infected, he finds himself racing against a ticking clock for his own survival.

Alex’s search for a cure leads him finally to an oracle in a seaside town in California. And she gives him the reading of a lifetime. The key to his cure is a girl who forgets things, cries spontaneously, and might just be insane. And the only way she can save him is to do the one thing Alex knows is impossible: she has to remember. 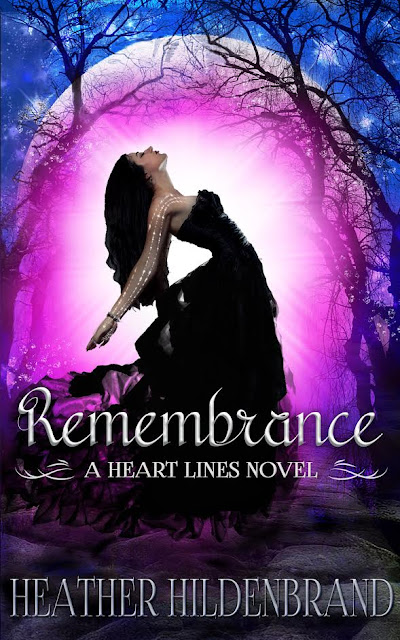 Book 1 in the anticipated Heart Lines series, a spin-off of the bestselling Dirty Blood series. Note: you do NOT have to read Dirty Blood first. You can start here! 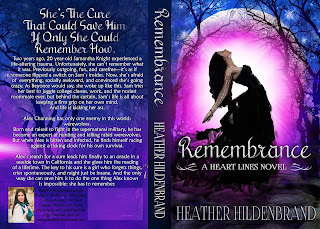 ENTER TO WIN A SIGNED ARC FROM THE AUTHOR!

a Rafflecopter giveaway
Posted by Jo Michaels at 8:00 AM 1 comments 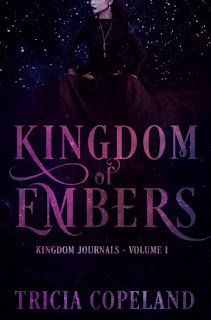 “He wouldn’t understand. He didn’t live in a masked world. In truth, he did. Most beings, pure humans, walked through life believing they were the only type of people that existed.” –Alena
As a creature forbidden by both vampire and witch law, Alena traverses the country with her Vampire Council Chancellor mother in search of an unknown entity. Everything changes when Alena finds Hunter. Their bond may be the key to the answers Alena seeks. But her mother introduces her to Theron, an equally handsome and mysterious suitor. Will the truth about his intentions be uncovered before it’s too late? Or will her Mother’s kingdom be reduced to embers? Find out in Kingdom of Embers!
Praise for Tricia’s paranormal novella Drops of Sunshine
“The way it played with my emotions was incredible, especially for such a short story. It really was magical to read.” – A. B. of 2 One Click Chicks
“… it says a lot about Drops that I really wanted more story.”– Tia Silverthorne Bach, author of The Tala Prophecy Series
Find Drops of Sunshine and all Tricia’s books at www.triciacopeland.com 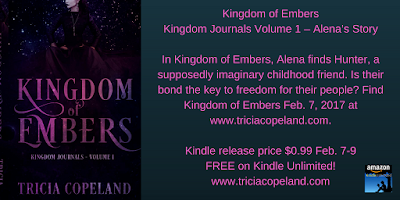 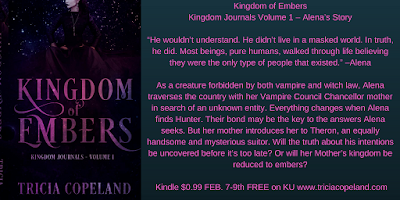 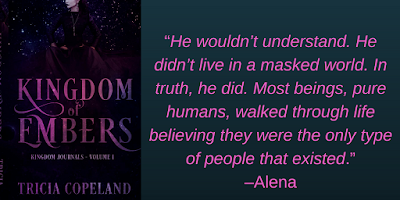 Tricia Copeland grew up in Georgia and now lives in Colorado with her family. Her books include the clean new adult Being Me Series, Is This Me?, If I Could Fly, Thinking You Know Me, and the final installment, Being Me, as well as a young adult novellas, Drops of Sunshine and the Lovelock Chronicles, Lovelock Ones: Native One, published in The Butterfly Box. If she’s not out running, you can find Tricia at www.triciacopeland.com or your favorite social media. 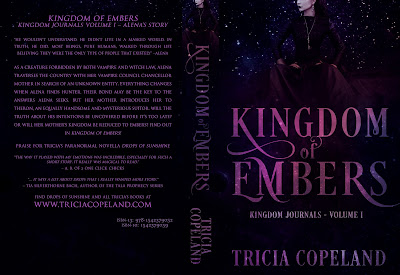