Happy Wednesday, everyone! Well, it's the halfway mark for the week, and Friday is just around the corner. I bet you're all looking forward to the Memorial Day weekend, huh? Today, I'm gonna give you a little bit of reading fun. But first, let me tell you where the idea for this particular story came from! Sit back, relax, grab a cup of something, and let's get going.

I love short stories. There are many that grabbed my interest in college and have left me thinking about them long after I read and wrote a report on them. One is The Lottery by Shirley Jackson. There's even a two part YouTube rendition of that one. You can check out part one here. I was left with a story hangover from that one. If you haven't read it, you should. Another one is Desiree's Baby by Kate Chopin. I got so angry when I read it, I wanted to throw the book across the room. This is when I know I've gotten hold of a great short.

I've spent hours thinking about that young woman and her baby, asking myself questions about what could've happened to them, where she came from, and how the story could be expanded upon with a new twist.

I've had the first chapter written for a long while. I know exactly where I want the tale to go, and it's time that will see it come to fruition. So, if you haven't read Desiree's Baby, you need to go check it out. If you have, you'll see where I'm coming from with this story. Not sure yet if it'll be a standalone or a series, but I plan to get it plotted out within the next couple of months. I'm also planning to finish Markaza and M, all three will be out by the end of this year.

Okay, okay, I've led you on you enough. Here's a teaser from my WIP, tentatively titled Desiree's Apocalypse:

When I walked away from everything I knew, I had no idea where I was going. Still don’t. But I’ve been in the woods for days and haven’t eaten anything but a few berries I found on a bush. All I can hope is they aren’t poisonous. As I sit here, shivering in the cold, afraid to use my fire, wearing nothing but my tattered and stained dress, I feel only pain.

My husband cast me aside without asking me questions to first understand the truth. I don’t know where I came from, and I never expected to fall in love with a gentleman like him. I’m clueless about the scar on my neck that’s shaped like an arrow. And I have no idea who the old woman was that showed up on our doorstep that fateful night. 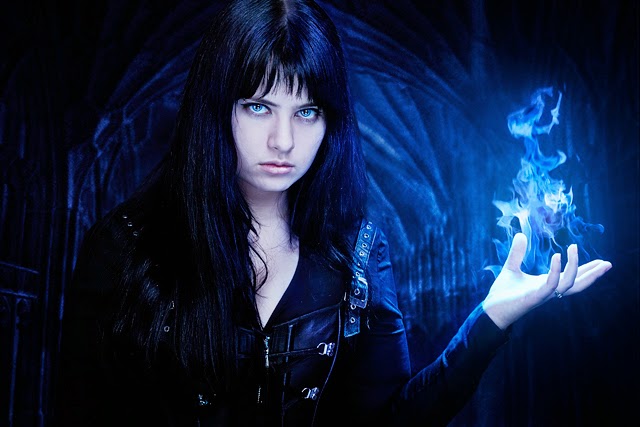 She told him I was evil; the spawn of some demon that came to Earth twenty-two years ago in order to throw chaos at the world. She said, in me, the destruction of the planet could be found. Since I have no recollection of how I ended up wandering the roads before the Scotts picked me up and took me in, I couldn’t refute her claims. After all, I have that damned mark.

I've loved Gregory for a long time. His family farm is adjacent to my family's, and he and I played together in the tree house my father built in the old oak. Its branches spread over the property line so Gregory’s father had to give permission, but we got it done. That tree is a treasure that’s been shared between the two families for nine generations, and when my father asked to build in it, the request caused great distress for everyone. They were concerned for the tree, they said. No one wanted to see it damaged in any way. After my father found a way to make the tree house fully self-supporting, everyone agreed, and no nails were driven into the ancient wood. Gregory and I had enjoyed many days playing there together.

I remember the first time he noticed the mark on my neck. He’d scratched at it and laughed in his quiet style before asking me, “Where’d ya get that from, anyhow?” I felt my cheeks redden, told him I didn’t know, and asked him not to make fun of me. His little face scrunched up, like he was sorry he’d embarrassed me, and he apologized. It amazed me that a ten-year-old boy could have so much empathy, and I began to fall in love with him that day.

My heart is now broken. After all we’d been through together, he threw me away; without even attempting to get to the bottom of the old woman’s story. What was I supposed to do, refuse to leave?

But I didn’t. I was so injured by his comments, and his ability to think poorly of me, I ran from the house with nothing but the clothes on my back. I can’t return. He told me he’d shoot me if I ever stepped foot on his property again. Our property. I wonder what kind of tale the old lady spun that frightened him so.

It must’ve been horrific.

Yes, strange things have been happening to me lately, but I never thought they’d be related to causing the end of the world. My fingers caught fire without match or spark about three months ago. Added to that, the ground had been rising up to meet me whenever I waved my hand a certain way. A more recent manifestation I discovered while walking through our garden and waving away a bug. It scared me half to death; I thought Mother Earth was rising up to eat me.

I haven't written a book in first person since Yassa, and I'm looking forward to the insight I can bring to the page by being inside the protagonist. As you can see, this puts a huge spin on the short story by Chopin, but that's where this one comes from.

I hope you all enjoyed that.

What's your favorite short story? What's one that stayed with you long after you finished it?