Weren't expecting that, were you? *grins*

I bet you're all super excited to see what I have in store for you today, huh? Isn't that an interesting title? Rachel provided some cool stuff for me to use, so there's a lot of fun happening in this post! Don't forget to check out the end and answer the quick question! Let's get to it.


*＊✿❀NEW RELEASE!❀✿＊*
Donuts in an Empty Field
by Rachel Barnard
Young Adult Contemporary
Get it now on Amazon Kindle for $0.00 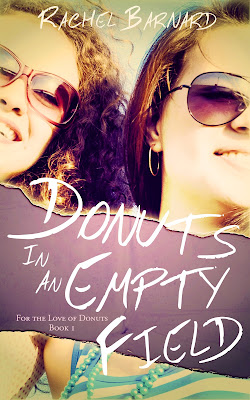 Vanessa Smith hasn't been the same since her father's death. A hero until the end, he died saving a restaurant owner's wife and son from a burning building. Nessa has always blamed the boy, Ben, for her loss, and her thoughts are consumed with ways to make him as miserable as she is.

Nichole Adams knows Nessa can never heal until she learns to let go of her hatred, but bringing back her best friend is proving more difficult than she could've imagined. In a last ditch effort to break Nessa's obsession, Nichole hopes signing up for the local food challenge is just the thing to bust her out of her shell.

A single choice defines the road ahead for Nessa. Doing the right thing isn't easy, but living with the consequences of doing nothing might be worse. 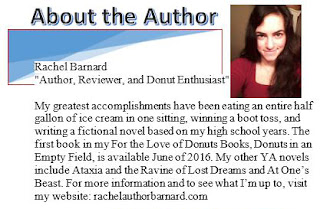 
Now, for the question of the day! What's your favorite kind of donut? Tell me in the comments!
Mine is Raspberry filled! YUM! 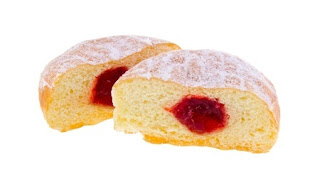 Well, that's all for today folks! Until next time, WRITE ON!