Shocking News - Both Literary and Actionary

Happy Thursday, everyone! Today, I'm talking about some things I ran across on Flipboard yesterday. Lots to talk about so let's get going! 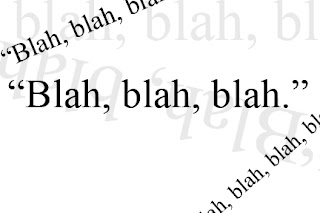 First of all, you should all be aware of how I feel about people talking. If people are talking, good or bad, you at least know you're on their minds. It could become big news if you're controversial and folks will flock to your wares to find out what all the fuss is about. Getting people to notice us is a huge hurdle for Indie authors.

Stop and think for a moment. J.K. Rowling enjoyed a lot of front page time because of Harry Potter. How many people were outraged that she was writing about, and *gasp* encouraging, people, children even, to believe in witches and wizards? How many of her books were purchased for the express purpose of being burned? What did this do for her? It made people sit up and take notice of her books. Whether they agreed with what she was writing or not, she was on their minds. And think of all the royalties she earned from the sales of those books they torched!

Why was this brought to mind? Well, because of dear little Miley Cyrus and her antics at the VMA awards. MTV said, "2013 MTV VMA’s Shatters Records Across Web, Mobile and Social." All because she twerked (more on this word in a moment, I just threw up in my mouth a little) Robin Thicke on stage - in underwear the color of her skin.

It's not that I give two nickles about what she did; it's that it worked. People are talking. Think about that.

I'm not telling you to go find a pop star to twerk on in your underwear. I'm saying that you need to write a book so good or so shocking that folks clamor over one another in an attempt to get a copy.

I also saw an article yesterday about words that were recently added to the Oxford English Dictionary (that link will take you to a whole page of add-ins). Take a look at this list:

Here's a whole list of the updates for August, 2013: Buzzworthy Words Added to Oxford

Can I just say, "Holy crapballs, Batman!" *note, as of this post, "crapballs" is not a word* I wear black today to mourn the loss of intelligence in my world.

Please, take me out and shoot me. Is this really where we're headed? As a word-nerd, I'm a little bit offended, especially at the addition of: srsly.

What do you think of these new additions?