Happy Friday, good people of the blogosphere! Well, it's less than a week now until I'm at UtopYA Con. I have to admit, my nerves are starting to get frazzled. As you all know, I'm a Klutz with a capital K. At my college graduation, I was the only person to drop their name card when handing it to the announcer. *head/desk* If one can fall over a pebble, I'll be the person to do it (and probably break an ankle in the process). Needless to say, I'm worried I'll do something idiotic like that and become the buffoon of the weekend. There are 695 confirmed attendees this year. People don't scare me--I've worked in retail for many years. But we all have our own fears; even if they're unfounded or ridiculous. There's no way to express how happy I am that my dear friend, Tia Silverthorne Bach, will be joining me.

Anyway, enough about all that. Let's get to the good stuff. What I'm about to share with you may scare the heebie-jeebies out of you. Well, maybe you need that. Grab a cup of coffee and let's get going!


A Single Swim
by Kristina Circelli 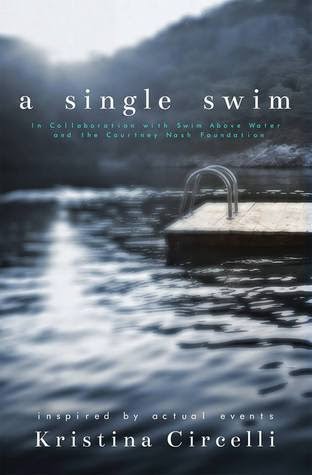 On August 13th, 2011, sixteen-year-old Courtney Nash passed away after contracting Naegleria fowleri, a brain-eating amoeba that lurks in warm waters. This is her story.

A Single Swim follows Courtney's life and death, while taking a closer look into an amoebic infection very few people ever hear about - until it's too late. Tracing as far back as 1960s, Naegleria fowleri and the resulting infection of this parasite have taken more than a dozen lives, with a fatality rate of nearly 100%.

Through an examination of Courtney's case along with stories of other victims across the United States, A Single Swim offers a glimpse into our waters' rare silent killer. From ecology to symptoms, hospital care to awareness, find out what can happen ... after a single swim.

I don't know about all of you, but this scares the bejezus out of me. One swim? Well, what you don't see here is the fact that Courtney is related to the author. So, raising awareness means a lot to Kristina.

I do hope you'll check out the book and learn more about Naegleria fowleri.