Happy Thursday, everyone! Today, I have yet another release in the Othala Witch collection series! All the books available for purchase are linked at the bottom of this post. Get your clicking fingers ready, and let's get going!

Now, on to the info!

The Original Sixteen served as Regents over each of these sectors, and when they died, the strongest of witches took their place, using their own personal enchantment abilities to protect their sector. In the process, communication was lost. The only solace that remains is the knowledge that if another sector fails, their own may still survive.

But what happens when your sector is the one to fail? What happens when the world inside your walls is just as bad as the one outside them? In this collection of sixteen adult dystopian paranormal romance tales, each and every one of the sixteen sectors is about to find out. 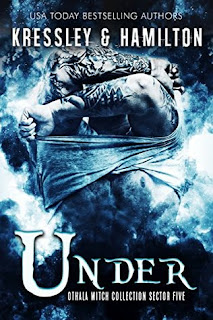 We were soldiers in a war that could never take place, and our focus had to stay there.

After her parents die in a mysterious fire, Razz discovers that her sister had been the intended target. Now Razz must find a way to keep her sister safe in the Circle…but the Circle is no place for little sisters wanted dead by the Regent herself.

When the same mysterious magic that took her parents’ life follows on her sister’s trail, it becomes evident that the only hope of survival is accepting the help of Razz’s arrogantly attractive coworker to escape the Regent’s army. 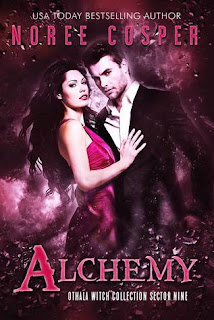 Zoe Delarey has been hiding her entire life.

She's not a normal girl, even by witch standards. Created by her father with forbidden experimental magic, Zoe is an alchemical child.

When the Regent suspects her father has broken sector laws, he hides her away in a secret stasis chamber protected by powerful magic.

But it isn't her father who wakes her. Instead, Bastian, a handsome stranger after her father’s secrets, releases her from the chamber. With her father arrested, Zoe finds herself on the run from the Witches Council. She has no choice but to accept Bastian's help, even though she doesn't trust him. He might be rescuing her; he might be using her... Zoe is not sure.

Thrust into the real world for the first time in her life, she needs to learn to control her magic and, at the same time, get a handle on her feelings for Bastian. Neither of which is going to be easy. Especially when Zoe turns out to be the key to saving the sector from the savage beasts that prey on the lives of the people.

Will she fulfill the secret destiny that runs through her blood?


All books in the collection (if they're linked, you can buy* or preorder now):

If you'd like a peek at the other covers, visit the Othala Witch Collection page on the Fallen Sorcery website here.

What do you think? Gonna check them out?