Happy Friday, everyone! Well, it's that time again! YAY! If you remember the last post I did on the Othala Witch collection, there were tons of pre-orders and releases for you to check out. If you missed it, it's not too late. You can find it here. Well, there have been a couple more releases since my last post! I know, exciting, right? Without further ado, I give you three more volumes of the collection (one is a pre-order).


The Original Sixteen served as Regents over each of these sectors, and when they died, the strongest of witches took their place, using their own personal enchantment abilities to protect their sector. In the process, communication was lost. The only solace that remains is the knowledge that if another sector fails, their own may still survive.


But what happens when your sector is the one to fail? What happens when the world inside your walls is just as bad as the one outside them? In this collection of sixteen adult dystopian paranormal romance tales, each and every one of the sixteen sectors is about to find out. 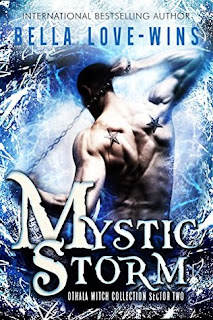 He was supposed to sleep with the Chosen, not fall for her.

Nine winters ago, a fierce winter storm weakened the walls of Sector two, allowing demon-like creatures called ravagers to re-enter the city. Unimaginable death and devastation followed. Regent Minassus, the sector's leader and most powerful witch at the time, took the only measure he believed would save the citizens. He built a new army. Casting a spell so strong it almost killed him, he transformed all adults males with the 236-k gene into polar bear shifters. In their animal forms, they were the only creatures able to beat back the unwelcome invaders and protect the Sector.

Every year before the first winter storm, the Regent selected one virgin witch, called the Chosen, to perform the transformation spell.

To Kiera the Chosen, it was an honor to serve.

Until she met Xander Oslo, the one person willing to do anything to stop the Regent from turning another shifter. With one statement, he showed her that she had been deceived for nine years. Performing the spell nine days from now would come at an unexpected cost.

After the ravagers breached the Sector walls nine winters ago, everything changed. The Regent made it law for these men to serve. He used his personal guards to test every male in the Sector over the age of fifteen. Those with the gene were rounded up and drafted into the Boundary Protection Unit to begin their training. Every year, the ones who reached the age of eighteen were turned in order to bolster the ranks.

There was only one reward for possessing the 236-k gene in a society where witches were revered.

With no end in sight, Xander Oslo, Commander of Sector Two's Boundary Protection Unit, is ready for change at any cost. The one key to freedom for his men? Convince the Chosen to stand with him against the Regent. Except he did not expect to fall for her. Can he pull off the ultimate betrayal?

Mystic Storm is a full-length, steamy, standalone, paranormal witch-meets-shifter romance, with no cliffhanger and a happy ever after ending. 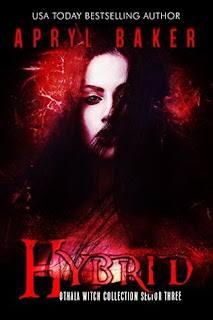 After being turned over to the vampire clan by the only mother she has ever known, Katya swears vengeance. Although terrified, she boldly faces her new future, even if it’s an uncertain one with a man who is as cold as the mountain’s ice caps.

When the Vampire clan discovers one of their new turns has been infected with ravager blood, they rally for her extermination. They cannot allow anything carrying the mark of the monstrous creatures that have overrun their world to live among them.

But Roman Stratcovich, rightful king of the Vampire clans, has other plans. This hybrid woman—part witch, part vampire, part ravager—may be the secret to gaining what he’s lost. More than that, however, she’s also the key to unlocking his cold heart.

The question is, does he want her to? 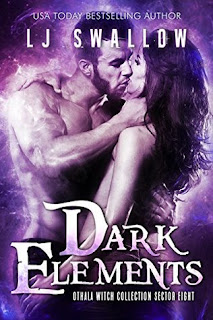 Blurb:
If I marry this man, I will die within a year.
If I leave, death will follow me.
There is nothing I can do.
I am a Scion and my life belongs to the Othala.

In Sector Eight, each Othala witch in the ruling Senate must marry a human girl from one of the old aristocratic families. This year, one of these Scions must marry the Regent and produce an heir.

Cora is a Scion who wants nothing to do with the world she's forced to be part of. On the night she tries to take control of her future, she puts herself in danger and a stranger steps in and takes control. The evening Cora thought would lead to her freedom instead makes her a pawn in a battle she wants no part in.

Alaric is the new Regent and wants absolute power over the Sector. His brother, Mattias, is the only witch powerful enough to stand against Alaric's increasingly savage rule and the Senate want him to step in. Alaric fears he'll be deposed but Mattias's plans lie elsewhere.

Mattias was born and raised in the ruling Hyland family. Now he's stepped outside of his role and has another life nobody knows about. Keeping up the pretence works with everybody except Cora; she has seen a different side to Mattias and is determined to discover the truth.

Cora is pulled into the brothers' lives and her fear of the sadistic Alaric matches her desire for Mattias. Mattias's secretive behaviour and attraction to Cora places them both directly in a paranoid Alaric's crosshairs. But the last thing Mattias wants is somebody interfering with his plans. Especially a human girl -- one he's falling for and will do anything to protect.


If you'd like a peek at the other covers, visit the Othala Witch Collection page on the Fallen Sorcery website here.

What do you think? Did you buy or pre-order any of them yet?