Happy Tuesday, everyone! Wow, was it ever an amazing week. Yeah, I'm gonna talk about a "few" (haha) things that happened, but I'm also gonna share photos. Not sure I've ever walked that much in my life, and I had a ton of experiences I'll never forget. Ready? Grab your coffee or tea, and let's get going!

I apologize in advance for the long post. So much happened. Not even sure I'll be able to do all this in one day, but I'm gonna try. If it says Tuesday up top, but it's actually Wednesday, ignore, please. hahaha!

As most of you know, I turned forty back at the end of July. Well, my husband and I decided we'd celebrate my birthday by running around Europe and attending Chapter.Con. Here was our itinerary:
Saturday
Sunday
Monday
Tuesday
Wednesday
Thursday
Friday
Saturday
Sunday
As you can see, we did a lot, and we saw a LOT, but it was absolutely amazing. I think we probably walked around thirty miles during our trip, but we're both in pretty decent shape now, so it wasn't too bad. Here are a few photos of our running around things (yes, we're a bit goofy sometimes): 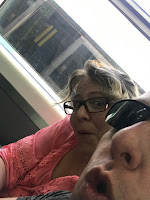 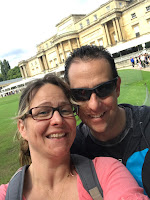 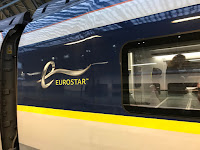 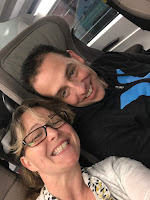 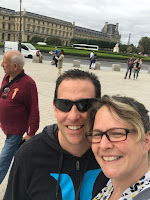 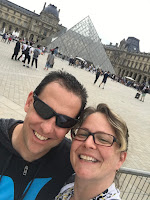 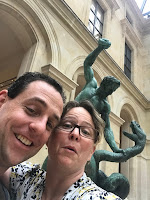 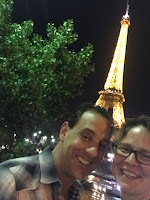 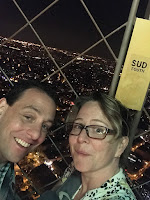 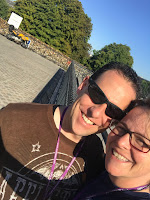 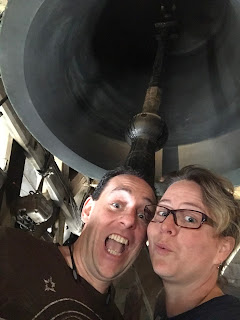 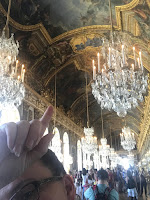 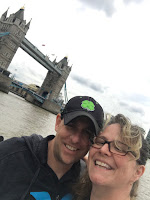 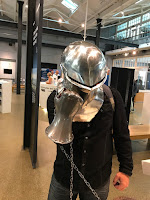 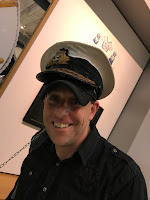 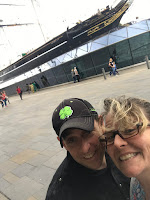 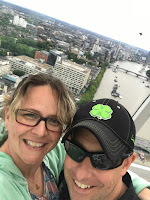 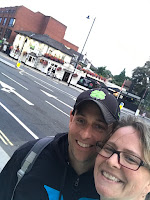 Now, I want to talk about Chapter.con. I have so many things to say about this event, so try and be patient with me, please.

On day one, I wasn't sure what to expect. I set up my table with all the required things: books, sample booklets, swag, etc... But then, I didn't know what else to do until the keynote speaker, so my husband and I mingled and chatted with folks.

Opening the day was keynote speaker Samantha Young. She'd come all the way from Ireland, was so inspiring, and her story was so genuine. I loved when she teared up because of something a fan had said to her. It made her feel as though I could relate to her and showed her humanity in a very vulnerable way. After she spoke, we started the panels. There were so many people there that I didn't know, it was a little intimidating. I'm one of those people who will come over and shake your hand, but inside I'm totally cringing, wondering if you're going to reject me right away or listen too intently to my words and dislike me later--I have strong opinions, and I tend to voice them loudly (as you all know). It's strange being in a place where no one has heard of me or knows what I do. I get a very out-of-my-comfort-zone feeling.

But I met some of the most interesting people. Folks I'd known online for a long time, like Sophia Valentine (who arrived on day two), were there, but most of the people I'd never had much interaction with, if any. Let me tell you what, my fears were unfounded. Everyone was fabulous. There were people from all over Europe, yet I felt right at home. These folks instantly became forever friends, and we had a number of good laughs and some more serious discussions about books and publishing.

Day two brought forth the fans and some of the other folks I was SO looking forward to meeting in real life. Gaynor Smith (from SASS and IBGW) and Chillie Martindale (from SASS) were there, and I had some real time to chat with the lovely ladies on Katie's Chapter.con team. Catherine Stine was the keynote speaker, and I learned several new things about her! What an interesting lady. Her bio could be 5k pages long, and it still wouldn't be enough.

By the time the Butterfly Ball rolled around, I was feeling one-hundred-percent at home and comfortable.

Even with the intimate number of people (authors, readers, etc...), there were several I didn't have a lot of time to speak with and wish I'd had more.

Then, something amazing happened, I won an award. It wasn't just any old award, and it wasn't an award for anything I'd written. No, this award was for the person who gives of themselves to the writing community, the person who goes above and beyond to help anyone in need, without expectation of anything in return but a smile. It was for the Most Inspiring Community Leader. 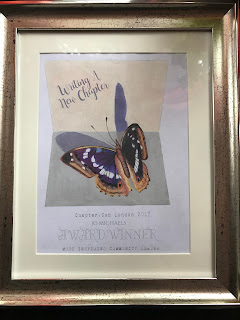 To say my surprise was genuine is an understatement. You see, I'd been lobbying for someone else to win that award. And I'd lobbied HARD. Why? Because she totally deserved it. Besides, I'm used to being nominated and not winning, so I wasn't gearing up for a big "holy crap, I won" type of speech. This led to me rushing up and grabbing the thing and running away like I'd been lit on fire. My words were stolen. I'm a little mortified, to be honest.

Now, I sit and look at that award, and I'm so tempted to put it in a drawer where I can't see it, so I don't give up or slow down in my efforts. I find that, oftentimes, human nature works against us, and when we win something huge, we tend to say, "Okay, that's it. I've done enough."

I sit here and tell myself, it's never enough. There's always someone out there in need of a helping hand. If I quit, will someone else step in? I'd hope so, but I'm not one to take that risk. Besides, it wouldn't be fair to expect someone to shoulder ALL of that alone.

So, as I look back with fondness and tears welling in my eyes, I also have a heart filled with hope and joy for what the future will bring with all these lovely new people in my life. They're amazing individuals. If you ever have a chance to be groundbreaking and get in on something that will give you a lot of personal time with new authors, don't turn it down. Do everything in your power to make it happen. To attend years beyond the first isn't the same as being there when it all begins.

I hope you've all enjoyed my little post, and if you're new, welcome to the blog! I'm looking forward to getting to know you all better!

There are so many people I didn't mention above, but you're all in my memories and in my Facebook life! Depend on me stalking the ever-loving crap out of you!