The Value of Words - How Cheaply are Authors Willing to Work? Boxed Set vs. Individual Novel Sales

Happy Wednesday, everyone! I know it's the middle of the week and all, but today, I'd like you all to get your brains cranking. There are some things I'd like your thoughts and opinions on, and we're gonna crunch some numbers (you all know how I love that)! If you're ready, get your typing fingers ready, your coffee in hand, and let's get going! 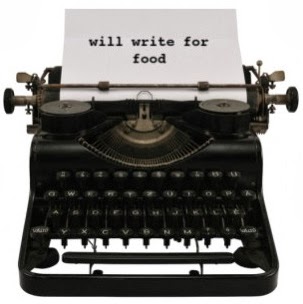 I know you've all seen the huge boxed sets floating around the book world. Sixteen books for just under a dollar sounds pretty dang good, right? Well, it is. That's only around six/seven cents per book. Each novel included is usually around 60k words, so that means a word is worth 0.000001 (or one penny per ten thousand words [math: .99 divided by 16 divided by 60,000 multiplied by 10,000]). One hell of a deal for your reader, right?

I don't know about you, but I write about 2k words per hour. Most of the people I know do 1k or 1.5k per hour, and others do even fewer than that. Let's figure out how much authors are making per hour selling their books, shall we?

At a rate of 2k words per hour, selling a 60k word novel in a boxed set will put the author making less than one penny for every five hours of work put in writing the book (0.00066 per hour). A 60k word novel should take 30 hours to write at that pace. Few of us work 5 days a week, so we'll say two weeks. You would've made a whopping $0.02 for your two weeks (or 30 hours) of labor for each sale (because you don't make the whole $0.99 on a sale, it's more like $0.32 -- divided by 16 people -- divided again by 30 hours). Less than a penny for all that work. But then there's another (at least) four weeks of editing and proofreading that take another (let's say 6) hours. Your pay just got cut. You're now at $0.00055 per sale per hour because you're at 36 hours of work without adding words (goods) to the value of your time.

You paid to get into the boxed set, likely paid for a cover and an editor, and you pay for marketing, right?

Before you get into the "it adds up over time" clan, let's really crunch those numbers. Stay with me!

Your end number for each sale is $0.02. You have to sell 130k copies of that boxed set to break even. You haven't even "made" a penny yet because you pre-spent the money to get into the set and market. But then there's dear Uncle Sam...

Of course, readers want the boxed sets, but how cheaply are we, as authors, willing to work? What would you buy, nearly 1M words at $0.99, or 60k at the same price?

Are we screwing ourselves?

Are these boxed sets undervaluing our time?