Yesterday and today, I decided to format The Abigale Chronicles - Book Three and Mystic ~ Lily for print and digital distribution. I was so happy when I uploaded my file to CreateSpace and they said there were zero issues. That makes my millennium!

Today, I'm uploading both to Kindle to be sure there are no issues. Call it a pre-flight check. :)

The Abigale Chronicles - Book Three will release next Tuesday, September 25, 2012, and will be available on Amazon for Kindle for just $1.99 and in paperback for just $5.99. You all know I'll be doing a giveaway on Goodreads for two signed copies at that time. Watch my blog for the widget!! Now for the synopsis: 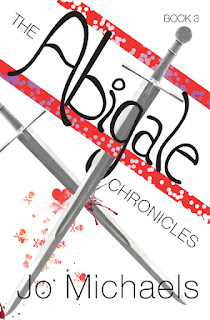 Abigale Fontenot is turning thirteen. Just when she thinks her birthday couldn't possibly get any worse, a new adventure takes hold. Abigale and Emmett are whisked away to a world of fantasy where knights, dragons, and princesses are the order of the day. Abigale is kidnapped by an evil prince in a nearby kingdom, and it's up to Emmett to rescue her. But Abigale finds that escape is not the most important thing; restoring the evil prince's kindness that has been locked away in a magical book by a wicked sorceress must come first. While Emmett is trying to rescue Abigale, she is trying to free the prince from his curse. Will she succeed in her quest before the evil prince kills Emmett, or will she fail and lose her new best friend? Will death matter if the whole thing is a dream, or are the adventures real and truly dangerous?

Mystic ~ Lily will release October 30, 2012, and will be available on Amazon for Kindle for just $3.99 and in paperback for just $8.99. Again, a giveaway on Goodreads will happen at that time. But! For my loyal followers and readers, I am going to be doing an advanced copy giveaway! I'm not telling you how many copies will be available, nor when the giveaway will happen; just that it's coming. You'll have to watch here to find out!! Now for the synopsis: 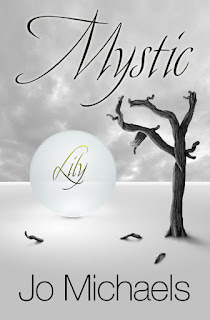 Lily Conyers is a twenty-year-old who had it all going for her until a car crash left her with terrible scars, no modeling job, and an addiction to pain killers. When she meets a strange young woman named Markaza, Lily begins to re-build her life with encouragement from her new friend.

Problems arise when Lily leaves the safety of her apartment for the first time since her accident to venture back into the world she used to know. Her so-called friends shun her and her boyfriend recoils at the sight of her face; leaving her standing in the road alone - crying. She rushes home with thoughts of suicide only to find a letter on her step from a company called WSTW; promising her a new life.

Lily packs her bags, bids Markaza goodbye, and sets off for the city. But going to New York is only the first hurdle Lily must jump. She must learn to use the power inside herself to help defeat an evil that is threatening to destroy the world. Once there, she meets a girl named Bronya and the two help one another re-build what was so negligently broken.

As Lily is boarding the plane bound for New York, Markaza boards another headed to Tennessee so she can collect the next young woman on her list: Sheila.

If you haven't read Mystic ~ Bronya yet, you need to get with the program. You can find it on Amazon here: http://www.amazon.com/dp/B009015NVQ

I have Christmas specials planned as well so go like my FB page to keep up with the news!

Would you like to be able to submit a file and get a zero error report? Get The Indie Author's Guide to: Building a Great Book (five star rating) and discover the secrets!