The Bird - Book Blurb and Reviews

Happy Thursday, everyone! Today I'm gonna talk about my NaNoWriMo 2012 fantasy novel, The Bird, and share some of the wonderful reviews written about it. If you missed Monday's post, my interview with author N.L. Greene, please go check it out here. Now sit back, grab a cup of coffee or tea, and join me!

Note: This book is appropriate for those 13+ for the use of a foul word or two. Newly available on Smashwords, Nook, and iBooks. 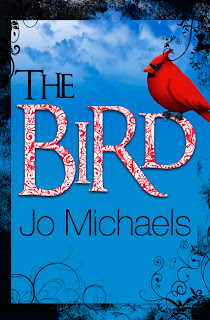 Synopsis:
Stormy Terrabonne's life is about to be changed forever by a bright red cardinal. She soon finds herself being whisked away from all she's ever known to save an entire race of people known as Trobodytes. When she's presented to the Queen, Stormy learns how she's expected to help: By killing an evil wizard named Bordash Bladeslinger and stopping him from cutting down the sacred trees that bind Trogon to Earth.

Now, there are only two trees left. One of the trees presents a double dose of jeopardy: It's also tied to the renewed life of Stormy's mother. While Stormy learns more about the gifts she gained by becoming a Trobodyte, someone manages to poison that all important tree.
​
It's a race against time as she faces a legion of fairy tale creatures she never knew existed, learns to harness the power within herself to battle Bordash Bladeslinger, and tries to find a way to heal the dying tree before it collapses and takes her mother with it.

What folks are saying on Amazon:
5 Stars - "Be prepared to be dropped into a whole other world.

Stormy is visiting her dying mother in Missouri where she meets an interesting little Cardinal. The Cardinal seems to want her to follow him into the woods. Once deep into the forest, the Cardinal turns in the handsome Trobodyte Prince. He takes her into the Earth and shows her the world of the Trobodytes. Stormy learns she is the one person who could save the Trobodytes from the wizard Bordash. In return for her assistance, her mother gets a second chance at life (becoming 13 again) and Stormy gets the body of an 18 year old..." ~ Dev

5 Stars - "I'm normally not a fan of fantasy novels. Blame it on my ADD, but I have a hard time keeping all of the characters and world building straight. The Bird is a fantasy novel, but I never felt overwhelmed by information dumps or elaborate back-stories that were hard to follow. It was a great read and I thought it was creative the way Jo worked in themes about feminism and nature into the narrative.

The Bird has parallel plots going on. The first plot centers on a woman named Stormy and her quest to bring down a wizard in an alternate world. At the same time, Stormy's mother is given a second chance at life and is reborn as a thirteen year old. I liked the way Jo tied the two worlds together..." ~ Heather's Book Chatter

To see the full review and more, click the word Amazon.

Since this book has been out a year, I reduced the price! Woot!

I do hope you all take a moment to enjoy the loveliness that is The Bird. It twisted in a way that surprised even me.

What are you reading?