It's book review Wednesday, everyone! How excited are you? This is a novel that wasn't listed on my TBR for the year, but I'd started reading it end of 2014 and happened to finish back at the beginning of January. I've been toiling away on my massive list for this year! I'll have another of those for you next week. If you missed my review of the first book in the Crewel series, check it out here. Are you a member of the 2015 Time for Books Review Team? If not, why is that? It's easy to join! Just head to the signup page here, grab our cool badge, add your information to the linky thing at the bottom, and get to reading and reviewing. Your reviews will be included in the huge roundup I do each week for my Flipboard magazine, putting your thoughts in front of thousands of readers.

Anyway, let's get going with some information about the book up for review today! 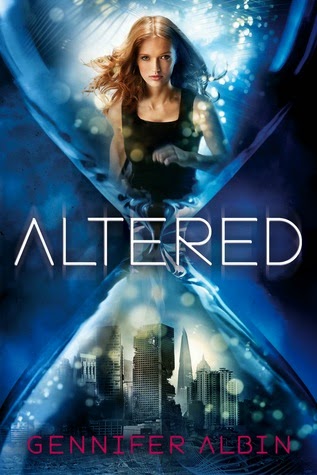 Life. Possibility. Choice. All taken from Adelice by the Guild—until she took them back.

But amid the splendid ruins of Earth, Adelice discovers how dangerous freedom can be. Hunted by soulless Remnants sent by Cormac Patton and the Guild, Adelice finds a world that’s far from deserted. Although allies are easy to find on Earth, knowing who to trust isn’t. Because everyone has secrets, especially those Adelice loves most. Secrets they would kill to protect. Secrets that will redefine each of them. Torn between two brothers and two worlds, Adelice must choose what to fight for.

***Will not appear in review elsewhere. Gennifer told us in her keynote at utopYA Con 2014 this book has origins in a painting where women sit at looms and weave the construct of our world. How cool is that? To get an idea for what's, so far, an awesome series of novels from a painting. Yeah, that kinda blew me away. But, I totally get where she's coming from. Sometimes, it takes us seeing something imaginative to kick our writerly brains into action. How much do you love this cover? So pretty!***

Time to get to the review portion of my post!

I actually snagged book two of this series while I was at utopYA Con in June, 2014. Because I didn't wanna start in the middle, I bought book one, Crewel, and dove in. I was totally hooked on the story by the time I got to Altered. Albin has built a beautiful world that's kept me engaged from page one of book one. I'm eager to sink my teeth into the third, and final, installment of this series. Getting to the good stuff now.

From a Reader's Perspective:
Oh my goodness I love Adelice. She's strong, determined, and kind. Those are the best qualities of a great main character. But, what I adore is that the girl has serious flaws. She lets her compassion rule her head when she needs to be ruthless, and it creates some interesting situations. I'm at the point in this story where I kinda wish she'd make up her mind about which guy she wants to be with already. There comes a time when it's put up or shut up. Hoping book three will bring some closure there.

World building is incredible. How Albin kept all the details of how the looms worked between Arras and Earth is beyond me, but it's well done and painted vividly. If you're one who loves a ton of description, you probably won't take to this novel. Albin focuses more on the central conflict and creating rounded characters than she does giving you every detail about the world they live in. Your imagination is your only limit. Unlike book one, this novel takes place on the ruined remnants of Earth.

Plot and pacing were also bang on. There are no middle of the series blahs to be found here. Full of action, emotion, and deception, Altered will leave you wondering who the bad guys really are. Like Crewel, Altered is written in first person, present tense. I haven't read a ton of novels in this style, probably because it's difficult to pull off, but this series is nicely done.

From an Editor's Perspective:
All good, as a trad-pub book should be.

Rating:
1 Star for the awesome cast of characters
1 Star for world building
1 Star for plot and pacing
1 Star for leaving me wondering who Adelice will give her loyalty to
1 Star for excellence in editing
Overall, 5 out of 5 stars! Highly recommended if you love YA Dystopian.

What do you think? Have you read it?