UTOPiAcon 2016 - What the Heck are Revolutions and Revelations?

Happy Friday, good people of the blogosphere! Today is my very first post as one of the 2016 official Utopia bloggers. We have quite a lineup of rock stars for you this year, so I hope you're ready to get your information buzz on! As many of you may know, the theme for UTOPiAcon 2016 is Fight for Your Write. 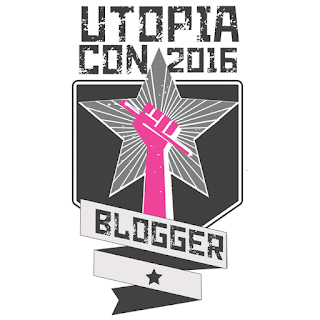 Before I get going on revolutions and revelations, and how those pertain to the theme, I'd like to share with you all the ways you can keep up with news about the goings on at UTOPiAcon for 2016. Get your clicking fingers ready, and let's get going!

First and foremost, get your tickets! They're available now here (including one day fan passes).

Subscribe to the blog on the Utopia site:
Utopia blog

Give my radio show a follow:
A Daily Cup of Jo

Join the Unofficial Facebook Group:
We Are Going to Utopia!

So, now that you know where you can get your news about the most amazing writer's conference on the planet, let's get into what all this revolution and revelation stuff is about, eh?


Revolution: a dramatic and wide-reaching change in the way something works or is organized or in people's ideas about it.

Janet has already introduced her own revolution by changing the way Utopia happens. In 2016, there will be games, more workshops, and new age ranges for the con.

Attendees are creating revolutions of their own because of what they felt or learned at the conference. On the Utopia Revolutions portion of A Daily Cup of Jo (every other Thursday), Christina Marie has a chat with attendees creating their own revolutions. How their minds changed because of the conference, and what awesome things they're out there accomplishing now. There have already been two interviews, and you can expect many more! Check out Christina Benjamin here and Kelly Risser here.

See and hear what these women are doing. Revolutions are all about change, and Utopia embraces and incites those changes with warm hugs and author education.


Revelation: a surprising and previously unknown fact, especially one that is made known in a dramatic way.

Attendees will say it all the time: I never thought I was anyone, and I never thought I was capable of anything, until I attended Utopia. I had this moment, this spark, this idea, and everything seemed to sort of click into place. I realized: I can do it. I am someone. I'm part of something bigger than myself.

Now, these folks didn't come by this information gradually. No. That would be too un-life-altering to make an impact. They were hit with a sneak attack lightning bolt that shot from the ether and struck their heart, making it swell and grow with ambition and self-assurance.

One Wednesday morning a month, Ren Reidy and I will be talking with someone who had that lightning struck moment. We'll find out what caused it, what it was, and how the author has put it into action. One Wednesday evening a month, Kathryn Grimes will take over and have a talk with an author. You'll be shocked at how many people have had their whole lives changed by Utopia. Allyson Gottlieb joined me last week to talk about how her mindset was altered. Check out the interview here.

Revelations are all about being introduced to new ideas. Whether it's how to do something, when do do something, or just the fact that you can do something, you'll find your spark, your tribe, your herd of unicorns at Utopia.

Come join us and FIGHT FOR YOUR WRITE!

You need to be sure and check out Maria's post for this week to discover what Utopia resolutions are all about. Those are some fun posts!

Did you learn anything from this post? What are you waiting for? Get your tickets already. We'd LOVE to see you there!