Happy Wednesday, everyone! Yay! I know you're all super excited about this one. I won't mess around today. Let's get going!

Join the Chasing Destiny release party over on facebook here.

There's an amazing lineup of authors! Plus, it's Friday the 13th! Helloooooo!

If you're not familiar with this series, let me give you the 411:

Chasing Memories is the first in the series (and is FREE on Kindle). It was released June 5, 2013. Here's the blurb and cover: 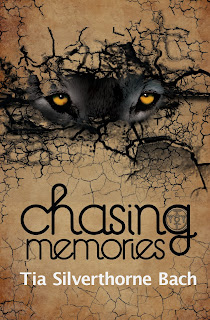 There isn’t another way; not now. The others are coming. I can’t let them have you…

Seventeen-year-old Reagan has a problem: She can’t remember what happened the night her brother was taken. Now, the dreams haunting her from the incident are becoming more intense by the day. All the while, the lines between what’s real and what’s a product of her paranormal-obsessed mind are becoming blurred.

Is she losing her mind or has she just stepped into a world she thought only existed in books?

Caught in a web of worried parents, competing boys, Wiccan relatives, protective amulets, and psychiatrist babble, Reagan must determine the truth before it’s too late. 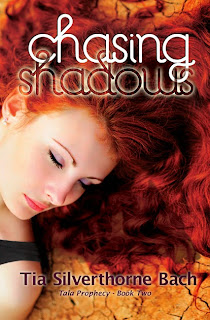 Reagan thought one night changed her life forever, but her fate was written long ago.

Merging creature and white blood,
One of flame, one of night,
At eighteen years it will commence,
Spiritual warrior and power,
Will bring an end to the lawless ones.
A war looms: One that pits brother against brother for werewolf supremacy. Angels and demons will each have a say before a victor is chosen.

With her eighteenth birthday only six months away, time is running out. Reagan must find a way to harness the two powerful, ancient bloodlines coursing through her: Werewolf and Wiccan. Then, she has to figure out her role in the century-old prophecy foretold by her great-grandmother.

However, if Reagan can't save her family from her most vicious rival, Rafe, the forces of Hell will be unleashed and the war will be over before it starts.

Chasing Forgiveness is a companion novella, and tells the story of two sisters. It released April 11, 2015. Once again, the blurb and cover: 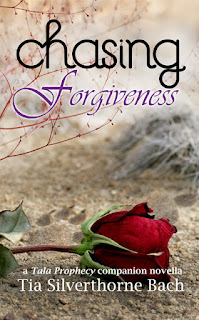 When terror strikes, forever altering your life, it doesn’t ask permission or forgiveness.

Madeleine and Amélie’s quiet lives are ripped apart by a creature they never imagined could exist outside a horror story. Their mother is murdered, their father is missing, and the only safe haven is with a family full of secrets. But rescue comes at a price.

Ripped from the light of youth, the sisters are forced into the shadows—where they meet brothers Rafe and Rowan.

It’s not the time for infatuation or love, but the heart rarely listens to reason.

Now, the young women have decisions to make. Will they be able to achieve their unified goal of stopping evil, or will it consume them from the inside out?

They soon learn some choices can’t be undone.

Now, we get to celebrate Chasing Destiny, book three of the series. It will release November 12, 2015. Here's the blurb and cover: 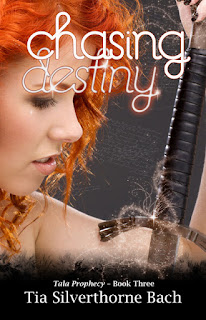 An ancient prophecy set forth her ultimate destiny:
Destroy the lawless ones or Hell’s gate will burst open.

So much has changed since Reagan shifted for the first time. She found the grandfather and brother she thought were dead, reunited with her grandmother and aunt, met a twin sister for the first time, discovered a powerful magic pulsing through their family’s veins, fell in love, and became part of a pack.

Evil also came into Reagan’s life in the form of Rafe, a madman who commands a demon-werewolf army. He’ll stop at nothing to destroy everything good.

Destiny may have determined Reagan’s fate, but she refuses to allow it to define her path. To save the world, she must:

Along the way, Reagan will discover that strength comes from faith, from believing in the unbelievable, and a new battle cry emerges…

With Faith, We Fight

How amazing does that sound?

Yeah. So come on over and join the party!