Happy Monday, everyone! As you all know, this week will be filled with book reviews. On my list this week (in the order they shall be seen):

Frenzy (Frenzy series volume I) - Because I beta-read (and re-read after release)
The Bedwife Chronicles (the complete triology) - From my 12 Days RR Event
Scarlet (Lunar Chronicles book 2) - Because I'm reading the series
Have You Seen This Girl? (Flocksdale Files Volume I) - It was an accident
Untamed (Splintered companion novella) - Because I read the series

This title will be added to the Time 4 Books 2016 Review Team pool. Check out those reviews here! 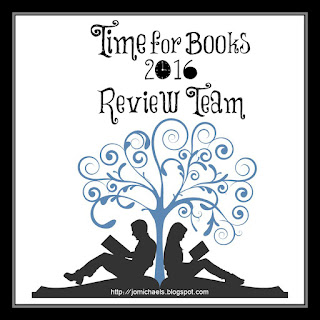 As you can see, today is all about Frenzy. This book just released last week, but I had the very amazing pleasure of being one of the beta-readers. Anywho, grab your cup of Jo and let's get going!


As always, we'll start with a little about the book: 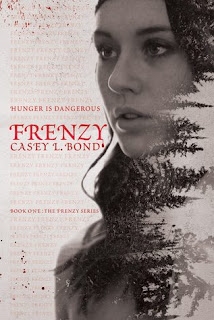 Blurb:
After the world was ravaged by a viral apocalypse, Blackwater is one of the only colonies that remains. The survivors came together to create this safe haven. Nestled between a fierce river and a city’s flood wall, the well-being of its residents hangs on a long-established treaty with the night-walkers. Sounds simple enough, but lately, the people of Blackwater have been dying, and the humans believe the night-walkers are to blame.

Porschia Grant starves for more than her parents’ affection. Forced to enter the rotation, she will be given extra food rations in exchange for becoming a vampire’s breakfast and dinner for a week. The rotation has an extra responsibility as well: leave the colony and enter the dangerous forest to hunt for food. A night-walker will protect the hunters from the infected that roam the woods. But with the treaty hanging in the balance and tension between the humans and vampires rising, anything could happen in the darkness.

What would you do if your only chance at survival might kill you?

Now, on to my review!

I'm a long-time fan of Casey L. Bond, and when I heard she had a zombie/vampire mashup novel, I was intrigued as hell. I knew that if anyone could pull off something of this magnitude, it would be Casey. Not only did I get to beta-read this book, I also bought it when it hit the shelves so I could read it after it was edited. Enough of my gabbing. Let's get to the good stuff.

From a Reader's Perspective:
I liked the sassy main character, Porschia. She made me feel like there was hope when I was pretty sure none existed. There she sits with no technology, a broken world, and people surrounding her she can't trust. Yet, she's driven, sees the silver lining around the storm cloud, and loves unconditionally. I'd like to know her in real life. World building was amazing. I could picture the small village with its simple inhabitants who've been forced back to the ways of the pilgrims. There was never a dull moment, and I often found myself gripping the edge of my seat, waiting to see what would happen next. Pacing was perfect. This is a shorter story that you should be able to read in one sitting. Did I see the end coming? No. No I didn't. I was left with my jaw on the floor. I can't wait to read Frantic.

From an Editor's Perspective:
There are several tense jumps, comma splices, and run-on sentences, but nothing that threw me out of the story, and they were scattered out enough that I could ignore them. Most readers probably wouldn't even notice. Story line is consistent throughout.

Rating:
1 Star for giving me a truly unique story.
1 Star for keeping me guessing.
1 Star for awesome world building.
1 Star for pacing and that amazing ending.
.5 Star for consistency.
-.5 Star for tense jumps and grammar issues.
Overall, 4.5 out of 5 stars. I always round up, not down, so this book gets a 5. Recommended for those looking for a new twist on a couple of old genres.

What do you think? Will you pick it up?