Happy Thursday, everyone! Today, I'm completely bragging on myself. Not often that I do this, but this book has been such an amazing experience, I have to. Ready? Here we go!

If you've been following the blog for the last week, you'll know I released a psychological thriller last Tuesday. Well, I submitted it to Reader's Favorite for a review. What I ended up with has blown my mind!

If you'd like to see these reviews in their entirety, go here. 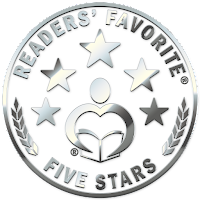 After two well-deserved years on death row for the inexcusable murder of a family of four, Tobias Butler only scoffed at the Pen Pal mails that adorned his prison cell. The anger dripping from the ink of multiple avengers of the death penalty was quite amusing. And the holier-than-thou sentiments had become boring. Then a letter arrived that created an entirely new mind set for Tobias. Jessica Phang sounded like the real deal. Beautiful, intelligent, wealthy, and obviously...

Tobias Butler had already served some of his sentence while sitting on death row when a novice lawyer, Jessica Phang, contacted him through his profile on a pen pal website, offering him a chance at freedom. It seems too good to be true, but the temptation of getting out has him starting a mail correspondence with the young lawyer. Soon, the two are meeting and going over the case to have Tobias proven innocent and freed. Tobias killed a family of four, landing him on death row, and he knows he did it - so how will Jessica prove Tobias’ innocence in Emancipation by Jo Michaels? Emancipation by Jo Michaels is a thrilling read with a unique and stimulating plot. It was twisted and...

Emancipation: Pen Pals and Serial Killers – Story One by Jo Michaels is an exhilarating, suspense-filled thriller. Tobias (Toby) Butler is a convicted killer, trying to stay alive in a prison with its own hierarchy of guards, thugs and gangs. Toby has a new pen pal - a young, beautiful and determined attorney, Jessica Phang. Jessica studied his case during law school...

If you haven't read this book yet, what are you waiting for? Here are the details:

Blurb:
Tobias Butler has been sitting on death row since being sentenced for a gruesome murder in 2007. Bored out of his mind, he decided to apply to the online pen pal program in 2012. It's a pleasant distraction—nothing more, nothing less—for three years, until he's contacted by a beautiful, smart young lawyer named Jess. She's convinced he's innocent and wants to see him freed. As they organize their attack on the judicial system, he wonders how she plans to get his conviction overturned—because he's guilty, and he knows it. Jess is desperate to release him—and he's desperate to feel his hands squeeze the life out of her once she does.

AGES 18+ ONLY due to strong language, violence, and sexual situations.

If you'll excuse me, I'm going to do some more of my happy dance now!