Hello, good people of the blogosphere. Today, I'm going on a NSFW rant and providing a realistic action plan for those of you that are interested in being the change you want to see happen. Get your coffee ready, because... Well, you may be here a while. 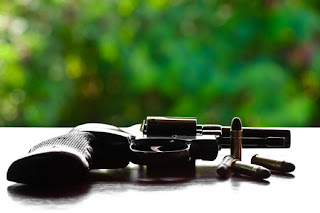 Earlier this week, there was yet another shooting at a school, taking seventeen more young lives. Understandably, people are pissed. I'm pissed. I'm sure you're pissed.


Those seventeen lives were just beginning.

As of today, those seventeen join many, many more in a string of senseless MURDERS at SCHOOLS. Let's call them what they are.

School is a place my child should be safe. It's supposed to be the fucking government's responsibility to CARE for, and PROTECT my child when she's not with me.

But they're failing to do that.

So, rather than scream at the media, march to show how you feel, or post a rant on Facebook about how GUNS ARE EVIL AND SHOULD BE DESTROYED, how about you do something in your own community?


ACT. Don't just talk about how pissed you are.

If ONE person in every school district takes these safety matters into their own hands, that takes care of the whole US.


It just takes one person to make a difference.

This action plan won't be 100%, but it'll CERTAINLY reduce the likelihood of more of this shit happening a great deal.

Parents HAVE to be involved. Don't wait or depend on the government to do something.

I'll be doing something, because I refuse to sit by and let fear of sending my child to school be a chain around my damned neck. I want her to live, grow up to be whatever she wants, have the chance to fall in love, get married, and have children of her own.

I do NOT want some angry little bastard to get a bug up their ass and take her life before she's even begun to live it.

HELL NO. FUCK THAT.

Sorry for the language today. Y'all have anything to add?