How to Win NaNoWriMo in 7 Easy Steps

Happy Wednesday, good people of the blogosphere! Wow. Just wow. I started NaNoWriMo yesterday, and I'm pumped. I missed NaNo the last 2 years, but I won in 2012 and 2013. Not only did I win, I did so while taking days off to spend with my family and getting down time. I'll show you.

I've marked the days I had no progress with a red bar over the top. 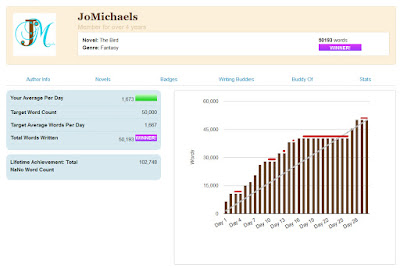 As you can see, I took Thanksgiving week off. 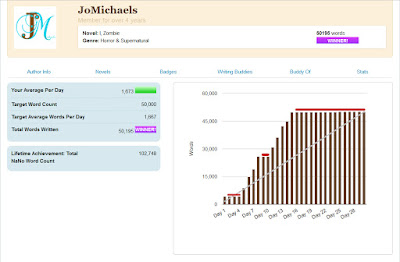 Your eyes aren't fooling you. I wrote that book in just 10 days.

Well, I stuck to the following seven rules:
I'm pretty sure I didn't miss anything, but it's early, and I'm eager to write today. *grin*

Several groups have write-ins, so check the forum for your local chapter. You can also scour Facebook to find people doing writing sprints. Those are AWESOME.

This year, I'm not shooting for one novel; I'm working on several novella-length titles for the current F5 project. Using the NaNo dashboard to keep up with my progress. No, I won't validate once I'm done. I'm just in it for the fun of writing.

Here are my current stats: 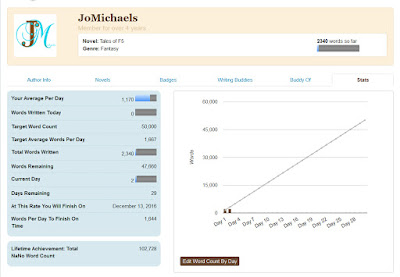 Abysmal. LOL! But I'll get there.

How are you all doing? If you wanna be my writing buddy, add me here.

Well, that's all for today, folks! WRITE ON!