Viewpoint - The Bachelor and Honesty

Happy Thursday, everyone! So, today, you're getting some randomness. Now and then, I'm going to throw these posts out there that talk about stuff. Stuff that's on my mind, that I've discussed with others and found interesting, and that I feel you might want to get into with me. Today is one of those days. Ready? Grab your coffee or tea, and let's get going! 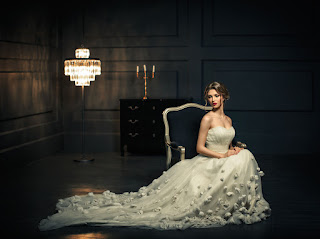 I was watching The Bachelor (mine and the hub's guilty pleasure--oh, the drama!) the other night, and the hubs and I found ourselves, once again, amused by the women trying to do things to "stand out" among the crowd. They drive up in special cars or ride up on horses, wear costumes, bring gifts, and say crazy things. My husband and I find this rather hilarious. Of course, my brain started ticking, and I glanced over at him and said, "You know, if one of these girls really wanted to stand out, she'd forego the dress, extensions, false eyelashes, and makeup, and she'd show him what he'll really be looking at in a few years."

That got me thinking. Is the reason these relationships don't last unrealistic expectations that are set from day one?

What if those women wore their regular clothes and looked the way they looked when they're just bumming around the house? After all, that's what the man is going to see once the show is over.

Why not let them stay in the person's hometown and go on dates at local places? That's where they'll be going on dates once they're married.

Instead, these women put on their best faces, pretending to be something they're not, and jaunt all over the world on exciting adventures trying to win the heart of a guy they barely know. 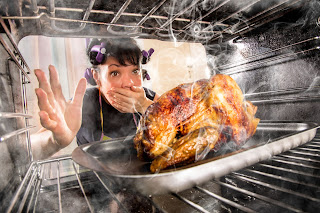 I'm all about reality outside of books. I mean, you know what that person shows you in the few hours you get to spend with them. Some of the women leave without ever getting one-on-one time with the guy. How is that an opportunity?

While I love the drama and the crazy that happens on the show, I think we'd still get that, in a more raw form, if these ladies were just to all date the same guy with none of the glitz and glamor the show spends money and time on.

Once they leave, their hairdressers and makeup artists leave, too! Back to old Plain Jane.

Oh, and don't even get me started on the stuff they say (make up) to look better in the eyes of the guy. I mean, sit down and have a real conversation. Ask about him. Tell him about you. Don't lie. Lies in the beginning? What's the point? He'll find out eventually, and then what do they say? Oh, I didn't want to tell you that for fear of you judging me?

If someone can't accept you for exactly who you are, flaws and all, why would you want to be with them?

What a crappy romance story it would be if writers told it as the women doing anything to impress the guy!
Guy: "Oh, I can't be with you anymore because you own a dog, and I hate dogs."
Girl: "I can get rid of the dog!" Runs from the room crying because she loves that dog and doesn't want to get rid of it.
*Couple breaks up a year later because she gets tired of compromising.*

If it wouldn't work in real life, what in the world makes us think it'll work in the realm of reality TV?

I don't know about all of you, but I'd watch the show that put guys and girls in real situations with real time and honesty, with their actual selves, just to see what actually came of it.

What do you think? Does this drive you bananas, or do you think there's a reason ABC hasn't done a "real" reality TV Bachelor?