Happy Tuesday! Hi, good people of the blogosphere! I hope you all had a good Monday. Nothing like a great Monday to preclude a fabulous Tuesday, eh? Today we'll be talking about twisted characters; or, the switch, if you prefer. So, grab those pens and notebooks and let's get going! 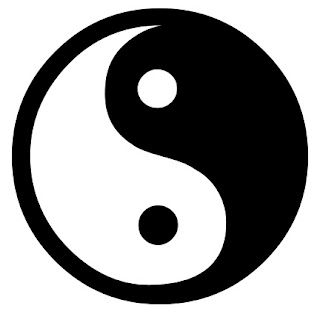 What's in a switch? Well, you have to first think about who's in your novel. You've filled out your character bios and given everyone a role, thought about your plot and where your main character will go from the beginning to the end (the journey), and considered who's going to be good, bad, or just a pain in the arse, right?

That's where the switch can come in. Look closely at your characters and their lives, then go read my human nature series of posts (found under the first heading - Writing) and think about your characters' lives, habits, personalities, and experiences. What can you bring to the front to make them false friends? Consider carefully because if your character doesn't surprise you with what they're doing, they won't surprise your reader.

Switches aren't always foregone conclusions. Sometimes, a switch can come in the form of someone leaping out from around a corner and yelling, "Boo!" They surprise you. Just keep in mind: Their proclivity was bent that way to begin with. It can't come out of nowhere. There should be some vein of something you show a peep of through your story to make the character's switch believable. But don't ruin it for your reader by foreshadowing too much.

Now, this can be a good guy who turns bad, a hidden society that the reader doesn't know existed until that moment, or a person lost from the character's past that comes back seeking revenge, love, or acknowledgement. Your choice! Yet another reason a character bio is so damned important.

Anyone have an example of a character switch that worked well? If so, please share with the rest of the class!