Happy Hump-Day, good people of the blogosphere! Today, I'm excited to announce a new book I'm working on! So strap in and take a gander. 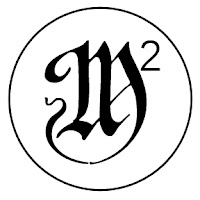 Synopsis: It's the year 2042. A drug called M2, which alters the DNA of those who take it, is becoming widely used.

But at what cost?

For a young man named Griffin, the cost proves too high. Banding with other emfrees, he sets out to destroy the producers of M2 and find a cure. But time, a new breed of police officers called Phaedrons, and another young man named Phoenix, are working to stop the emfrees and assimilate them into the masses.

Well, that's the working synopsis for now. You'll have to read the book to find out more.

Yes, I know I'm evil with a capital E. I wrote a page or two while I was away this past weekend and I can't wait to dive in and bring you the first excerpt!

As it is, here's the cast of characters thus far:

I'm booting up my program right after I finish this post to get it all on a page!
Of course, I did a whole character bio on each of the people named above, but that's for me to keep to myself for now. I'll bring more when I know more!