Happy Friday, good people of the blogosphere! Today, we're gonna talk about romance. You know, those scenes you write where things happening on the page steam up the glasses of the person reading. So grab a pen and notebook and let's get going. 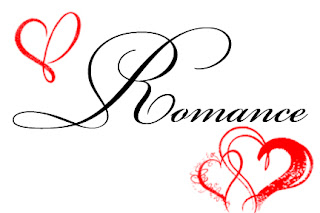 First off, let me say I'm not talking about erotica or sex scenes yet. I believe you can do more by hinting and letting the reader's imagination work a bit than you can by laying it out for them blow-by-blow (pun intended). What I'm talking about is romance. Those scenes that make your heart pound and cause you to fall in love with the words on the page just a little more.

On sex after romance: An allusion to an act and the building up of getting there can be more fun to write (and is far more challenging) than spelling out exactly what the reader should see in their mind's eye. There are a few steps to go through before you can have that climactic moment. What are they?
Only after you build them up, can you hope to achieve that moment where their lips touch for the first time and have your reader sigh and clutch the book to their chest because everything they were hoping would happen, did.

Remember your senses:
Include those and you'll be well on your way. You never even have to write that steamy bedroom scene. If you build up to it well and then have your characters go beyond closed doors, your reader will feel it.

Don't forget to use your Thesaurus! Not every sigh has to be the same. Change up the language you use. Heavily-lidded eyes can become sexy, bedroom eyes. Tingles can become charges of electricity that shoot through the body just under the surface of the skin and make every hair come to attention.

Use your imagination. And don't forget your feelings bible! If you have a great lovemaking night, record everything you felt, saw, heard, tasted, and smelled. Use it! These kinds of records will help put you in the action and allow you to write the story as though you were there. After all, being there yourself is the only way you're going to put your reader there.

There's another facet to romance besides sex: Those little things your characters do to/for one another that show they care. Flowers for no reason, a random kiss, afternoon picnics, the grand gesture, etc... Don't forget to include those things; because they matter. That's the real romance, right? If you don't have it, your steamy scenes won't feel real.

Have you written a romantic scene that fell flat? What could you have done differently?