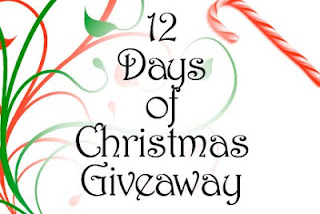 Happy Friday, good people of the blogosphere! We're down to the wire and have just four days left! I can't believe it all happened so quickly, can you? Christmas is just around the corner. Spread a little holiday cheer for the authors in the rundown list and go check out their books on Amazon. If you missed the master list of prizes, check out this post. Today, I'm gonna start with books on the review list for 2014 (some are from this competition, some are ones I chose for myself). I'm signing up over at the B00k R3vi3ws by DDS blog, run by Debdatta Dasgupta Sahay, for the Indie Fever Reading Challenge 2014. If you're a reviewer, you might consider joining. Collectively, we reviewed 350 INDIE books last year. It's also a great resource list if you're an Indie seeking reviews.

Here are the books on my review list so far in no particular order:

I plan to add at least four more from this contest to the ranks. Time to do the rundown!

If you entered and your name doesn't appear in the above list, you forgot to do something on the Rafflecopter OR you sent me a print only book (which I cannot sample). Only those authors with three entries on the excel form made it into this list. If you only left your book pitch and link in the comments, I didn't pick it up. You gotta fill out the whole form.

Remember, every book that's pitched stays in until the end! I also don't go in order. Keeping you all guessing 'til the end is my fun time. I'll announce a new choice every day. If you're an author, be sure you're following along each day to get a new way to join me on social media (this will matter when your review goes up). You can enter a book each day if you come back and fill out the new Rafflecopter form.

Winners from yesterday:
a Rafflecopter giveaway

Congratulations! You've all won an ecopy of The Indie Author's Guide to: Building a Great Book!  You're really gonna love this one!

Now it's time to announce the author added to the review list!

Sir Edric's Temple by Thaddeus White
AND
Surrender to You by C. S. Janey

I know, I just wanted to finish them both so badly! Besides, Thaddeus had a great pitch and Cassandra has been back every day entering and playing along. Congratulations to you both!

From now until day 12, these books will be recognized with an * after the title when I do my rundown.

**Kindly remember there's no guarantee your book will be reviewed by me. You did get a purchase and I'll try my best to read it. But if I find I can't give it more than 2 stars, I won't write the review.**

On to the entry form for today...
a Rafflecopter giveaway

Good luck to everyone!

New comments are not allowed.