Happy Tuesday, good people of the blogosphere! Excuse me. I seem to have alliterated. *grin* Okay, all grammar nerd jokes aside, I bet you're all knee deep in the work week and looking forward to a little break, eh? Well, today I'm bringing you a post all about using stereotypes to your advantage. People tell you never to use a typical character, but I think using common folk as a base is a fantastic place to start. This is gonna be another work with me post, so grab those pens and notebooks and let's get going! 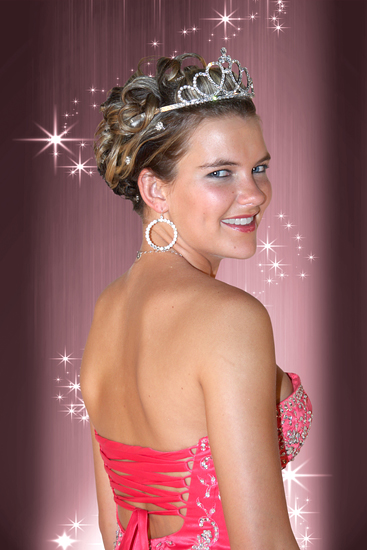 Okay, that should be enough to get us through this exercise. Now, stories with these characters are abundant. You can find at least one in every three books you read.

They make great secondary/forgettable characters, because there's nothing about them that stands out from the fray. People forget them easily (especially if you don't name them).

That being said, you don't want to slap this kind of person into a tale and put the spotlight on them.

You add a little something to make them twisty to the reader. Take the stereotype and flip him/her on their heads. Throw in a surprise for your reader that's like a nugget of gold hidden in the pages. After all, riches kept miners going to the deadly land of Alaska looking, right?

Reward your reader; they'll come back for more.

How can you do that? Well, let's use the characters from above (yeah, you knew that was coming) and work out how we can make them more than they seem. I'll give typical traits, then how you might be able to give that character a twist.

Crazy Aunt - Now, this cliché lady crochets, makes jam, and probably has a fruit pattern on her plastic dining room tablecloth. But the twisty lady might keep kids in cages in the basement, men tied up in the barn to torture (perhaps she was a victim of abuse and this is her revenge on the male species), or she's a spy for a foreign government.
Bullied Teen - Typically quiet, excellent students (because no social life), and usually dress down so as not to draw attention to themselves. If you gave them a twist they could bully others anonymously, enter beauty pageants in other states, or run for class president (now that would be a shocker).
Bad Boy - Women are drawn to him, he's crazy sexy, and he has some sort of tortured past. Flip him and make him rich with great parents and un-saveable, someone who's doing a social experiment by acting like a bad boy (your reader will gasp), or have him be really bad and kidnap girls who fawn over him because he was always fascinated by the way women look.
Good Girl - She goes to her job every day like clockwork, never gets in fights, and makes perfect grades. Change her by giving her a twisted fetish she has to hide, visions of dead people she shakes when she sees but hides because she's actually crazy, or let her go on a murder rampage and kill everyone who ever expected her to be perfect.
Southern Imbecile - Hunts, fishes, not playing with a full deck of cards, drives a dirty pickup truck. Make him different by giving him a secret lab and off the charts IQ he hides, making him an alien, or let him be an over the top wealthy guy who's a brilliant artist in hiding.

Now you try. List each one on a piece of paper and try to come up with three things you could do to make them different. After that, come up with your own cliché characters, and change them, too!

No matter how you accomplish the twist, keep it fresh, keep your reader guessing, and do something folks don't see all the time.

I hope this gives you some ideas on how to change characters up and make them more.

What do you think? Ever used a stereotype in a different setting? Tell me about it!