Only a few days left in the Author Blog Challenge. So sad :( On to today's prompt:

What is the single best piece of advice you’ve ever received about the publishing process and/or what advice would you offer to a first-time author?

The single best piece of advice I got was from The Best Boyfriend in the World. He said, "Don't give up. Finish everything you start even if it feels like you're pulling teeth. Your book is your business. Treat it like one."

On that note, I must say he was right. I spent three months writing Yassa, three months editing, and a week getting it ready for publication (formatting). During the book's cool-off period of six weeks, I designed the cover (which people are loving - and that love gives me a happy) and wrote The Abigale Chronicles - Book One. This is the funny part: I released The Abigale Chronicles - Book One in April and Yassa in June. How's that for screwed up?

Along those same lines of thought, I am releasing The Abigale Chronicles - Book Two in just two weeks and have planned a release schedule for one book every three months. At $1.99, it's a steal and won't break the bank. Each one is a stand-alone story so you don't have to read book one to understand two or three, etc... I think it's important to keep delivering new/interesting material on a consistent basis as well as not leaving your reader hanging between books. That's another piece from treating my books like a business. If people run out of things to buy/read, they go elsewhere. If your "Going out of Business Sale" sign never comes down, people quit believing it.

Here's my advice to a first time author: Keep your content new and fresh. Don't ever stop writing. And, for the love of all that's holy, price your books fairly. If you're a good writer, people WILL buy them! Most of all, follow The Best Boyfriend in the World's advice above. It's good advice.

Something that bugs me: People seem to be jumping on the fake mini-series bandwagon. A mini-series should have a point and each book should be self contained. A whole book broken into three parts is not a mini-series. I have heard complaints from readers that encounter this. Not a good idea. Just sell them the whole book, you know? 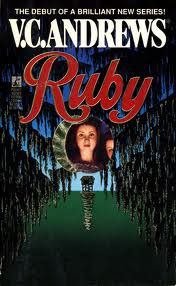 If you have ever enjoyed a V.C. Andrews series, you'll know what I mean about mini-series (and, NO, not the ones AFTER she died). Flowers in the Attic and Ruby were two of the best series I have ever read. I love her unexpected twists and turns (what do you mean, she married her BROTHER? UNCLE? OMG!).

My series Mystic will fall into that mini-series category (four small books with five characters coming together in one final novel) and broach some pretty sensitive topics. After all, even controversial press is still PRESS, right? It's gonna raise a ruckus, methinks. I couldn't be happier with the prospect.

Anywho... That's all for today, folks! Until next time, WRITE ON!